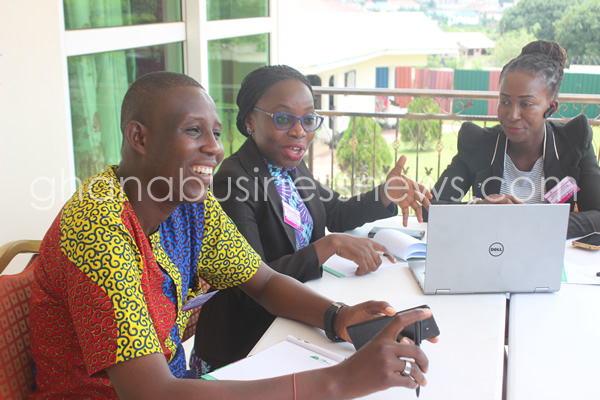 A journalist who participated in a two-day training in Kumasi says he has learned more in the two days than all the four years he spent in journalism school. The journalist, Ibrahim Abubakar, who works with TV3 made the point in a tweet Thursday August 16, 2018 at the end of the training focused on fact-checking, storytelling and news reporting among others.

NewsBridge Africa, a not-for-profit media group organized a two-day workshop for 20 journalists in Kumasi to improve their skills in news reporting, storytelling, fact-checking and social media for journalists.

The 20 journalists who report for newspapers, radio, TV and online in Kumasi were equipped through intensive, educative, compelling and engaging sessions on how to thoroughly do their work better.

“NewsBridge Africa media training for journalists in Kumasi has been very educative. I’ve learned a lot of things in just two days. Things I couldn’t learn in my four years in journalism class,” he tweeted.

Taking the journalists through the processes of fact-checking, Mr. Emmanuel K. Dogbevi, who is the Executive Director of NewsBridge Africa and Lead Trainer noted that over the years, the credibility and professionalism of Ghanaian journalists have been questioned because of the lack of due diligence in their reportage.

“Very often, the facts in news stories are not cross-checked. They are reported as said, without any verification as required by the principles of journalism,” he said.

He therefore charged the participants to redeem this dented image by henceforth being skeptical about every information they are given until they are able to cross-check them.

He urged the journalists to doubt everything and cultivate the fundamental attitude of verifying information. He reiterated the need to use multiple sources to arrive at an unbiased, fact-checked, accurate story.

Mr. Dogbevi who is also the Managing Editor of Ghana Business News, noted; “Don’t run with press releases, review and reflect on them. Go beyond the press release and ask relevant questions to unearth the facts.”

Mr. Dogbevi cautioned that the work of journalists is not an all rosy one, so practitioners who want to seek luxuries and comfort out of it, should rethink their decision.

“If your aim for being a journalist is to be popular, make money, please or impress people, then you’re in the wrong profession. Journalism is reporting facts and truth – which are often unpleasant.

“Journalists must not be lazy; there are plenty unreported stories in many Ghanaian communities that beg for attention and focus.”

As part of the training, the participants did an exercise, with case studies of some published stories. The looked out for facts in these stories and determined if the facts were crosschecked by the reporters.

The training held from Wednesday August 15 to Thursday August 16, 2018, gave the participants the chance to learn the very simple facts they miss out on, in their quest to broadcast or publish news.

Other facilitators of the training were freelance Ghanaian journalist of more than 35 years’ experience, Francis Kokutse and Social Media Analyst and Trainer Cecil Ato Kwamena Dadzie.

Mr. Kokutse who took the trainees through the subject of news reporting, challenged them to build a strong, healthy social network, which will help them advance in their chosen field.

“As a journalist you must network socially well and build healthy relationships with everyone because your lede or tip-off could come from anyone, anywhere.”

He also encouraged them to invest in themselves and realize that “they are not working for their organization but for their own future.”

Mr. Kokutse pointed out: “When you write a good story, no one calls your editor or media house; they call to commend you.”

Furthermore, fake news or hoax, which comes in the form of fabrications, spins, lies and misinformation, is gradually gaining grounds especially with the advent of social media.

In view of this, Mr. Dadzie deepened the trainees’ knowledge and understanding on how best to avoid sharing fake news, reach out to their target audience and most importantly build credible personality online; as online is regarded as the future of journalism.

The journalists whose beats cut across business, sports, health, agriculture, and social issues also learned about new trends in new media and how to be cyber safe especially in the exchange of vital information for work.

At the end of the two days, the participants had been empowered to effect positive change and contribute meaningfully to national development through their work.

They expressed their utmost gratitude to Australian Aid for funding the training that had the hashtag, #JournalismIsFacts and also to the facilitators, for enriching them with rare knowledge, experience and information on improving their journalism – things they were not taught in the classroom.

NewsBridge Africa, was established in 2014 to do media advocacy, research, mentoring and training of journalists. Since 2016, the organization has trained 249 persons in journalism and communication skills. They include journalists, citizen journalists, leaders of CSOs and legislators in Ghana, Liberia and The Gambia.

By Patricia Ama Bonsu
Copyright ©2018 by Creative Imaginations Publicity
All rights reserved. This news item or any portion thereof may not be reproduced or used in any manner whatsoever without the express written permission of the publisher except for the use of brief quotations in reviews. 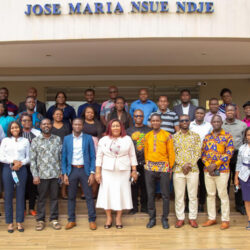 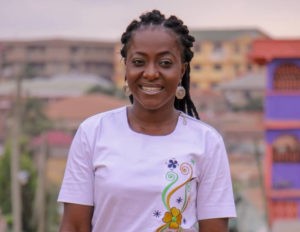 How the training by NewsBridge Africa transformed my journalism 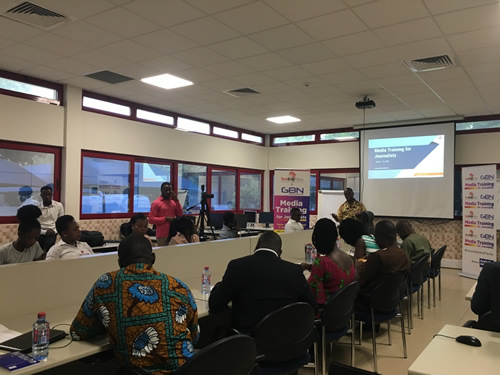 Fact-checking must be a priority for journalists – Dogbevi 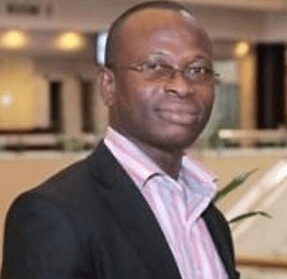 Emmanuel Dogbevi to train members of National Assembly of The Gambia